Medicine. Fresh food. Air Conditioning. Ice cream. What do these things all have in common? They wouldn’t be possible without the evolution and history of ice.

It’s important to understand how critical the history of ice has been for the functioning of our current civilization. So much of how we live in the modern world is due largely to the constant innovation of the ice industry. This is especially true after the introduction of artificial ice.

Artificial ice was used as a substitute in circumstances when natural ice wasn’t available or affordable. It even became more accepted after its use in the South during the Civil War. It was still generally seen as less suitable than “real ice” though. Plant ice was even known to leave a white residue at times during the 19th century.

History of Ice: Turn of the Century

By the end of the 1800s, natural ice still prevailed over artificial ice. However, the shift was already slowly starting to take place in the last half of the century due to a combination of factors.

The first was the growing concerns about pollution and health, particularly after reports in the 1870s of blocks of ice harvested from unclean bodies of water. The early technology for ice manufacturing in the 1850s was dangerous and oftentimes not very reliable, leaving plants susceptible to explosions, fires, and ammonia leaks.

However, advancements in technology over the decades would begin to help shift the attitude on artificial ice as well as produce higher quality ice. Finally, the regular ice famines in the end of the century increased the demand for plant ice.

These factors, combined with the emergence of refrigeration technology, would ultimately turn the tables in the beginning of the following century. In fact, in New York alone, plant ice production doubled in the first decade of the 1900s. By 1914, artificial ice had overtaken natural ice in the United States. 26 million tons of ice were being manufactured compared to the 24 million tons harvested from lakes and ponds.

Into the Modern Era

By the 1930s, modern refrigerators had become common in U.S. households. This allowed people to make their own ice right at home. By 1940, five million electric freezers and refrigerators had been sold. At the end of the 20th century, there was very little left of the natural ice trade.

The 1800s was the birth of the ice industry. Frederic Tudor, the “Ice King” of Boston, made ice available to the mass public, regardless of class – the same thing George Eastman did for photography with the Kodak camera. The 1900s saw the emergence of electric refrigeration technology, pushing society to manufactured ice over its natural counterparts.

What will we define as the revolutionary invention or practice for ice production in the 21st century? The current challenges we face as a society include an increased focus on sanitation, labor shortages, and 24-hour availability. The history of ice has shown us that dependence on a complicated and costly supply chain seems like an appropriate and necessary change.

Selling ice has always been about creativity, invention, and ease. Everest is proud to offer the most innovative technology in the industry. Learn more about how we’re changing the ice vending industry here.

History of Ice: How Artificial Ice Changed the Industry

4 Steps To Staying Cool With Ice Vending This Summer 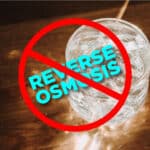 Why Reverse Osmosis is Bad for Ice Vending